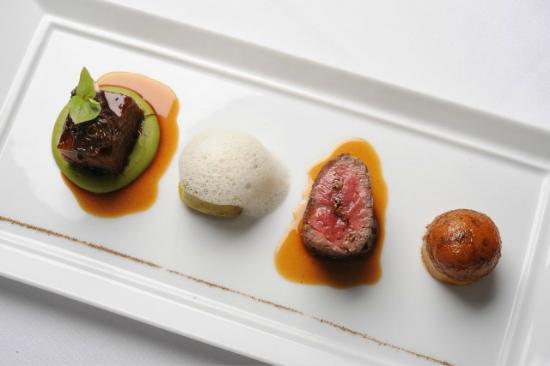 You have not made recently any decision without seeing the opinion of the web. As I open Amazon, I see a holiday toy list, with Star Wars Droid Inventor Kit on the top. I consulted Tripadvisor when I returned to Liverpool after decades to find a small hotel near Liverpool John Moores University where I actually talked with the same title that the present book has. I don’t really use Yelp, it might be might my fault. I have my favorite restaurants in Budapest, from Spinoza to Pozsonyi Kisvendéglő. In Manhattan, do you need recommendation? Actually I learned just this summer that some – maybe mostly Italian – restaurants don’t take cash only to save credit card transactions. Match.com leads the dating websites, and Jdates is fifteenths now. (You will not believe it, but it is true. Just I wrote one more paragraph, and had to return to here since a this moment TripAdvisor sent an email with the Subject: The United States’  #1 restaurant announced! I don’t tell you who is #1, but you saw a picture at the top of this post. Fine-dining lover New Yorkers might identify the restaurant.

I am teaching a class this winter about the Complexity or Ranking, and plan to discuss with my students their experience with Netflix, so I suppose to collect nice stories, but I don’t know now the details. What we know already now of course that ”Netflix developed and maintains an extensive personalized video-recommendation system based on ratings and reviews by its customers”.

A little data science will be explained, but will not be painful. A lot of data is being collected, not only, but preferentially via social media, about consumption habits, in case of Netflix specifically about movies and TV shows, first to movies are characterized by some important features. How ”similar” are the two movies can be answered by analyzing the similarities between features. As Xavier Amarian, who served as Research Director for Netflix writes:
”We know what you played, searched for, or rated, as well as the time, date, and device. We even track user interactions such as browsing or scrolling behavior. All that data is fed into several algorithms, each optimized for a different purpose. In a broad sense, most of our algorithms are based on the assumption that similar viewing patterns represent similar user tastes. We can use the behavior of similar users to infer your preferences.” If you know the distances i.e. the dissimilarity between any two items, you can make an ordered list.

The other side of the story: Netflix addiction
I have to admit that I am not a Netflix subscriber, so I have second-hand information only. “Binge watching” is an action to watch multiple episodes of a television series in rapid succession. While it shows some correlation to depression and loneliness, more or less we understand how our brain forces us to be addict. Episodes of series end with an exciting scene, trigger is pulled, but we don’t know the implications. Such kinds of clickhangers activate stress by increasing a stress-related hormone… so you push the button, look the next episode and so on… after several hours binge watching you may have a feeling, oh it was an achievement, so your brain releases more dopamine, a substance related to award, and there is a reinforcement signal creating a self-amplifying loop. So you might spend the whole weekend by looking Netflix.

3 thoughts on “You can choose something (somebody) if you know it (her/him): recommendation systems”